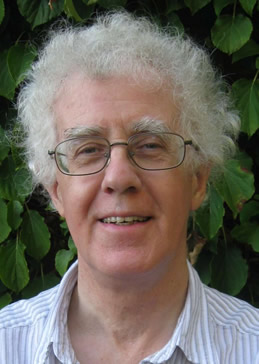 Timothy Salter is a composer, conductor and pianist, whose works include instrumental, chamber and orchestral music, choral music and songs. He was born in Yorkshire and read music at St. John’s College, Cambridge. His numerous public and private commissions comprise concert music in many genres but also include incidental music for television. His compositions appear on several recording labels and have been broadcast throughout the world. As a pianist he performs with singers and instrumentalists in Britain and overseas.

He is musical director of The Ionian Singers, with whom he records and performs internationally. He is a strong advocate of the composer-performer, believing that executant experience has an invaluable effect on composition. In pursuit of this he has written a substantial body of choral works and works including chorus, and much of his wide-ranging instrumental music has been written for colleague performers.

For many years he taught composition and performance studies at the Royal College of Music, London. As a composer and performer he has considerable experience in working with musicians, student and professional, on the performance of contemporary music. In 1995 he founded Usk Recordings for the promulgation of new music and neglected works from the past.